By Jack RobLast Updated: September 22nd, 2022Categories: Drug
Why Is Heroin So Addictive And Can Someone Really Stop Using It

Both government and NGOs have tried everything to control the usage but failed. It comes down to the power of heroin, the most deadly and addictive drug.

Once anyone gets addicted to heroin, the interest in other matters will be eroded and the desire for food, drink, and sex will be suppressed or even strangled. All that can be found in a junkie’s brain is the overwhelming hunger for heroin. Worse still, the relapse rate of heroin makes whoever is working on drug control sad – it’s 80%, the highest among all drugs.

Terrible facts. But we should never stop, otherwise, more people will shed tears. Here, we strongly caution you to never try drugs, especially heroin. You can’t conquer it but will only be smashed by the addiction.

Why Is Heroin So Addictive

Why Is Heroin So Addictive: It Affects Brain

Heroin is an opioid drug, the most powerful one of its kind. It affects nerves, the brain, and the reactive system of the human body.

For people who use heroin recreationally, for the first several usages, they think it’s not a big deal at all and they can get rid of it before they get addicted. Sadly, it’s barely possible. Even though someone has a strong will to say no to heroin, the brain is not going to let it go. It craves heroin and will constantly and intensively stimulate and force the person to take in heroin. 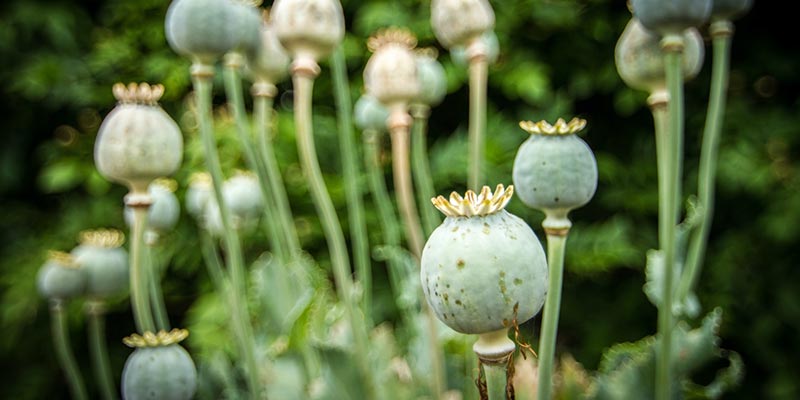 Heroin is a recreational drug that kills pain and gives users an unnatural, intense, and continuous rush of euphoria that last 2-5 hours.

Meantime, your brain will exceptionally produce dopamine (a hormone that makes us feel happy), ten times more than usual.

When you take in heroin long enough, it will change the award system of your brain and make you obsessed with heroin only. 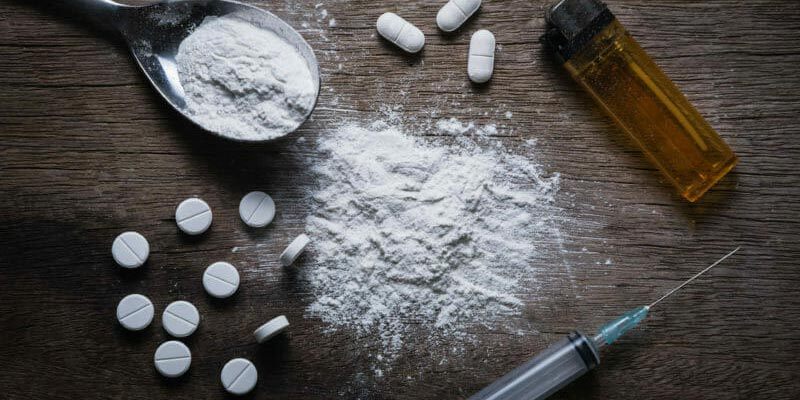 The award system is a simple reactive system in our brains. When we do things that make us happy, our brain will produce dopamine. Both our body and brain love dopamine, so they will mark down this activity and urge you to do it again.

However, using heroin will produce more dopamine than any other normal activity. That means your body and your brain will both choose heroin and start to crave more drugs. If you don’t respond to your body’s call, you will feel extremely painful: 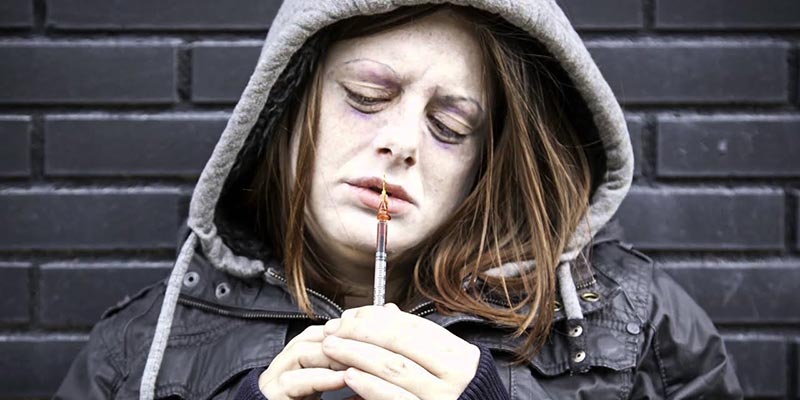 All symptoms come in a very rough way, making the withdrawal unbearable. A lot of heroin users cannot stand such torture and use the drug again. In weeks, the abuse is developed and can hardly be stopped by the users themselves.

Why Is Heroin So Addictive: It’s everywhere

Another sad reason that people cannot quit using heroin is that it’s everywhere.

As mentioned, heroin is an opioid drug. Opioid drugs are largely used for medical purposes as painkillers. Fentanyl, oxycodone, hydrocodone, codeine, morphine, and many others are all opioid drugs available legally by prescription.

We all get sick. If you go to the hospital and doctors write out a prescription without knowing you used heroin, you may receive some pills mentioned above. 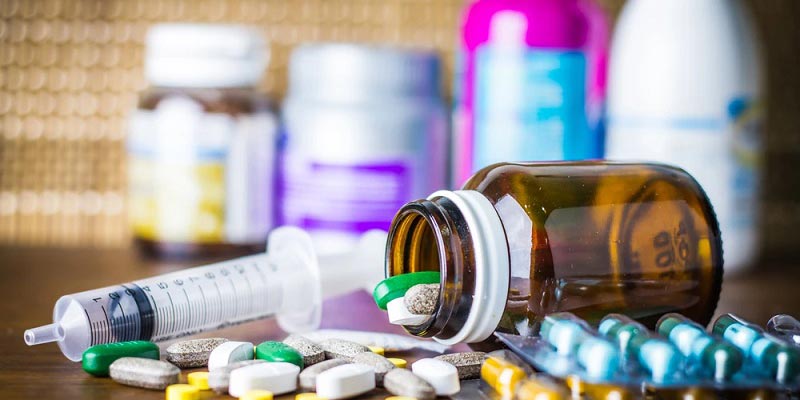 They are not as strong and addictive as heroin is. But for anyone that’s having a withdrawal, one pill of these drugs will only trigger your body’s desire for heroin. All the sweats will be wasted.

Also, a lot of heroin addicts live in poor sections of the cities where drug dealers are everywhere. It’s not always heroin though, there’s fentanyl and a whole bunch of other prescription drugs. 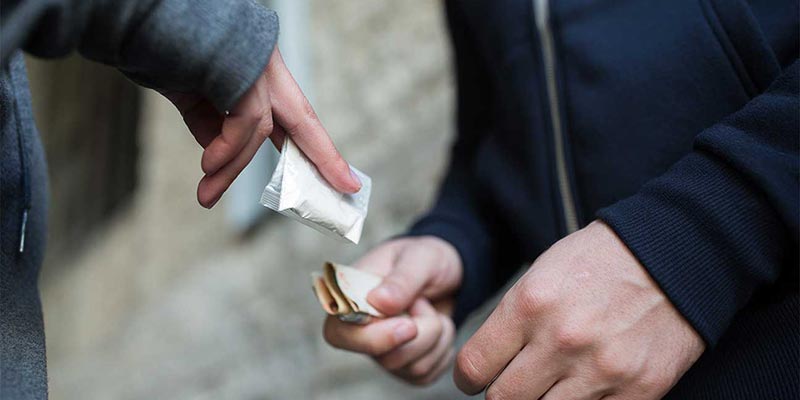 As a result, people can hardly get rid of heroin once it gets into their bodies.

Imagine, you wake up in the morning and decide to quit taking drugs. In the afternoon the pills given by the hospital easily crash your mind. In the evening, the drug dealers stop you on the street telling you that he gets a lot of good stuff for you at a low price, even buy one for one free.

For those who have been polluted by heroin, that is living purgatory.

Heroin, the kind of opioid drug, kills thousands of people each year. Ever since its creation, it has brought tears and pain to the people who use it and who are dear to the users.

Whoever is reading this, please never try heroin or any other drugs. You can’t get rid of it once it enters your body. If you’re just starting to take it, quit now and ask for help from local authorities.

Do drugs cause memory loss?

Yes, quite a lot of illegal drugs will lead to memory loss, especially cocaine and heroin. Both of them will slow down the breath, causing cerebral hypoxia. If the situation lasts for 5 minutes, the victim will suffer from recoverable brain damage including memory loss.

What are consequences of drug abuse?

First of all, drug users will lose their health, both mentally and physically.

For long-term overdose,  there’s a very high risk of brain death and death.

Also, family and friends will leave them away. And while walking on the street, people will try to avoid junkies.

Most junkies have no jobs as employers wouldn’t trust on these potential criminals,

What makes it hard to say no drugs?

Some people, especially teenagers, don’t want to be separated from their friends when hanging out. If someone in the team is using drugs, they will provoke you and say dirty words to you. They will make a bet on you and encourage or seduce you to take drugs, saying that you can take all the money if you use it.

Also, if you go to clubs and pubs or attend raves and parties too often, there’s a higher chance that you will be targeted by drug dealers. They will put that “magic power or pills” to your beer or coke when you’re not looking. If you drink it, you’re trapped.

Once you take the first stop of drug usage, you can hardly get out of it. Most drugs are designed to be extremely addictive. An individual cannot give up taking drugs by him/herself. External and professional help is necessary.

How do you refuse drugs?

At parties, when someone offers or sells drugs to you, to avoid conflicts, you can say something soft like:

You can refuse that in a direct way by saying no or ignoring the person.

Can you call the police and report this dealer? Yes, you can do it. But make sure the guy brings drugs with him/her.