True to Life Stories of Cyberbullying & Its Terrible Effect

Cyberbullying is a global concern now. It’s a form of bullying through electronic means such as cellphones, computers, or electronic devices. Cyberbullies intend to make fun of you, shame, harm, provoke, or scare you as it gives them satisfaction. Unfortunately, its horrible effects aren’t a joke anymore. The extent of cyberbullying has gone more serious than ever before.

How to protect your child from Cases of Cyberbullying

As you can see, the Anti-bullying movement has been trying to move forward for community betterment since 1999. Here are some cyber bullying true stories.

Stories of Cyberbullying – The Case of Gio Bourne

Recently in Waterloo, New York, United States, a cyberbullying case resulted in an 11-year-old boy committing suicide. His sister found his hanged body inside his bedroom’s closet on June 22, 2021. Gio’s mom said in an interview that for a few instances before he died, somebody would call him and tell him to go kill himself.

Stories of Cyberbullying – The Case of Amanda Todd

Amanda Todd committed suicide at the age of 15 due to sexual bullying done by an online male stranger in Canada year 2012. Her nightmare all started when the man lured her to show her breast on a webcam around 2009-10. He captured images of it and blackmailed her to do a live sex show or else he’d sent it to her list of friends online. Amanda’s refusal led to a catastrophic series of events including trying to kill herself twice for two years until her latter attempt succeeded.

Stories of Cyberbullying – The Case of Angel Green

Way back March 5, 2013, in Indiana, United States, Angel Green, 14 years old, hanged herself at a tree by the school bus after suffering 2 years of bullying. Her mom said she raised her concerns repeatedly with the school administration, though nothing was ever done to help her. Behind this public commission of killing herself was a note addressed to her mom, and one to her classmates.

I’m really sorry that I did this. Don’t you EVER think it was your fault. Because it’s not. I love you so much… But my heart can’t take this pain. I’m gonna miss you so much… I’ll be waiting at heaven’s gates for you. I love you.

P.s. It’s bullying that killed me. Please get justice.

This heartbreaking case led to the proposal of Indiana anti-bullying legislation. What happened to Angel could have been prevented, with proper intervention from the school administration and appropriate authorities.

Yet the fight isn’t over, now that bullies use Social Media platforms, they have a wider audience. Based on 2022’s data, 7 out of 10 children are being cyberbullied before they get 18 years of age.

FYI: Cases of Cyberbullying Still on the Rise

Following the 2019 pandemic, many children stayed at home and had more screen time privileges since schooling was done online. This opportunity was grabbed not just by bullies but also by online strangers or sex offenders. Below are some forms of bullying.

Generally, the person’s physical appearance, color/race, or beliefs different among the majority is the most common reason for bullying. Others are for vengeance, self-gain, or self-esteem matters.

How to protect your child from Cases of Cyberbullying

Being aware of the famous cyber bullying cases in the past and at present results in a greater challenge every parent must face. Parents are taking this very seriously because the dangerous effects of cyberbullying are real. Protecting children from cyberbullying as much as we can while we still can is an utmost concern.

By talking to them regularly about their daily experiences, struggles, or current events, both of you will be updated on what’s going on around you. 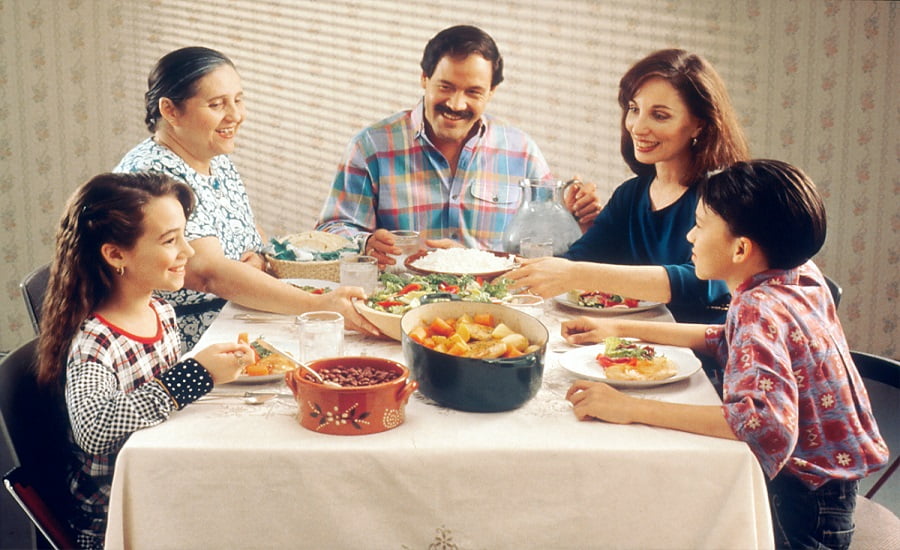 Teach the young how to use Social Media responsibly

Since we can’t be the reason for them to disconnect from Social Media and the digital world, we can teach them how to use these platforms correctly. Discuss to them the Do’s & Don’ts. Instruct them what to do if someone asks them to do nasty things and to keep secrets from parents.

Most importantly, let them know what cyberbullying is and what to do if they encounter it. You may discuss with them a few of the cyber bullying stories according to your sound discernment.

It’s very difficult for someone to share their embarrassing experiences at school, at home, or at Social Networks. So whether before, during, or after that dreadful experience, parents should keep reassuring them that it’s alright to share and open up. It might be very shameful, but no matter what, you’ll help solve it and prevent worse consequences.

In spite of our hectic schedules, parents should take time to monitor youngsters’ gadget hours aside from their studies and their behaviors as well. There are behavioral effects caused by cyberbullying. Knowing this ahead of time can help them learn ways to detach from their devices and prevent them from minding the bully’s words. Directing their attention to other recreational stuff is also helpful.

Cultivating a sense of awareness, understanding, and openness you can achieve the goal of protecting your kids from cyberbullying. Sadly, not every child happily obeys parents as much as we wanted to. Some are introverts and very secretive/privy. How must we address this concern if we can’t let them spit it out to us or to anyone in the family their experiences? We’d never want them to open it up to online strangers too.

If it’s impossible for you to have quality time or talk with your child, here is another means of monitoring your child’s overall social and digital life effectively.

Using a parental control tool and monitoring app like ClevGuard KidsGuard Pro, you can add a better layer of protection on your children from cyberbullying, online predators, and such. ClevGuard has various plans that are suitable for every device’s need, like iPhone or Android phones. It has privacy protection so you’re sure that all of your data is safe. Keep an eye on his/her online activities and ensure safety without his knowledge.

Here are more helpful features of ClevGuard KidsGuard Pro to help you monitor if your child experiences cyberbullying.

You can’t only view your child’s phone call logs but also listen to all recorded calls. If there are pranksters or unwanted callers bullying your child saying he/she should go kill himself/herself, you can automatically filter them out.

You’ll be able to prevent any suicidal thoughts on your child and report the bullies to authorities if must. This ensures that what happened to Gio would never happen to your child. With this feature, you can monitor your child’s calls/callers and protect them from cyberbullying or harassment.

Using ClevGuard KidsGuard Pro, it’s not difficult for you to check each and every Social Media account of your child. Sweep through every chat message (personal and group), post, comment, exchange photos and videos, and so on. Checking every social interaction can give you peace of mind that your child isn’t experiencing bullying.

Access everything anytime and anywhere you are, including SMS. Remember, bullies can be anywhere too, thus you have to be keen on monitoring. 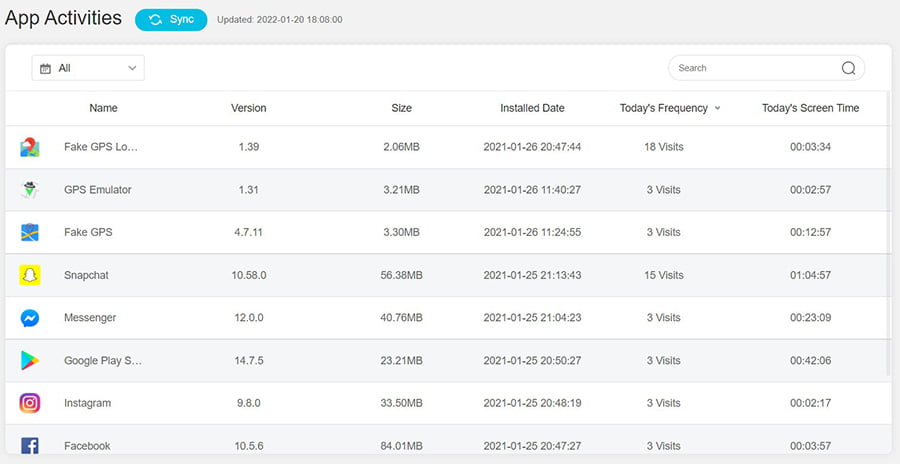 You can capture your kid’s device’s screen without hassle. Here you can view everything, their Social Media accounts, conversations, photos, videos, SMS, and more. Therefore, you can completely monitor if your child is being bullied or engages in harmful online activities. Also, if he/she talks to offenders/strangers.

And for children who violate an off Screen Time, you can remotely lock the screen. This will help him/her become a responsible mobile and digital user.

Bullies can do anything like threaten their victim to do things out of fear. What if your child’s attackers forcibly drag them to a dangerous neighborhood or inappropriate place? How will you know?

With the real-time GPS tracker, you can view their current locations. A map can help you drive and get to them in case of an emergency or untoward situation. Creating geofences will also give you alerts whenever he/she enters or goes out of an allowed or restricted area.

How to install ClevGuard KidsGuard Pro

Step 3: Login and access the Control Panel. Protect and monitor your child remotely.

ClevGuard can efficiently help you track and monitor your child’s physical and mobile activities. As well as prevent cyberbullying or suicidal tendencies.

Tip: ClevGuard also has Antispyware for Android phones that guards and secures phone data 24/7. It detects malicious hidden files and apps and can remove them with just one click. If any spyware tries to access your phone, you’ll immediately know it and do immediate action. ClevGuard Antispyware reassures that no hacker can use your photos, videos, files for blackmailing or evil purposes.

Knowing the gravity of cyberbullying implications, you must become more attentive in monitoring and protecting your young ones. We’ve only cited three of the horrible bullying true stories. There are famous cyber bullying cases that have been recorded online and also, you can see them on local or international news today. Awareness, openness, and constant tracking of your child’s online lives are essential to protect them. This also means you’re helping to prevent suicide among youngsters.

What is the purpose of the study about cyberbullying?

The specific aims of the study about cyberbullying are as follows.

Who has died from cyberbullying?

Below is a list of suicides that have been attributed to bullying both physically and through electronic means (cyberbullying).