How Long Does Ecstasy Remain in Your Hair, Urine, Blood

In the US, more than 7% of people had or have used MDMA, they may call it ecstasy, molly, and mandy on the street.

Compared to other more deadly drugs like cocaine, heroin, PMA, and ketamine, MDMA is surely safer for most people and also, less addictive. Along with cannabis and LSD, they are three of the least deadly and addictive drugs but equally recreational, which makes them extremely popular and common.

In concerts, dance parties, clubs, and raves, ecstasy tablets are never difficult to find. You can see some dealers selling them. Or, sometimes, the host of the party will offer you some if you ask. 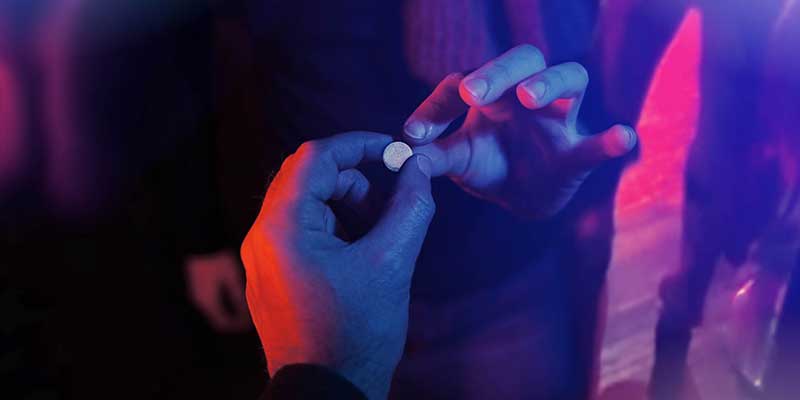 MDMA Stays In Your System And Makes You Get Caught

Nonetheless, MDMA is an illegal drug, we can’t make, sell, and possess them in most states. If you’ve been to any ecstasy-being-viral occasions, whoever is giving you tablets may say to you “don’t worry, you won’t get in trouble”, stuff like that. That’s not true.

You will be in trouble once proven to use MDMA or other drugs:

When anyone tries to run away from the police check and ask you for a favor of hiding the MDMA pills, don’t do it!

If you get caught, you will be sued for more than using MDMA, but also possessing or possibly selling it, which can be a felony. In some states, this gets you imprisoned for 20 years max.

Though it’s unlikely to be caught in the act, police officers can still know that you’ve used MDMA through blood or urine tests. Don’t ever think about getting away from the drug test. MDMA is detectable in your body for days and weeks. 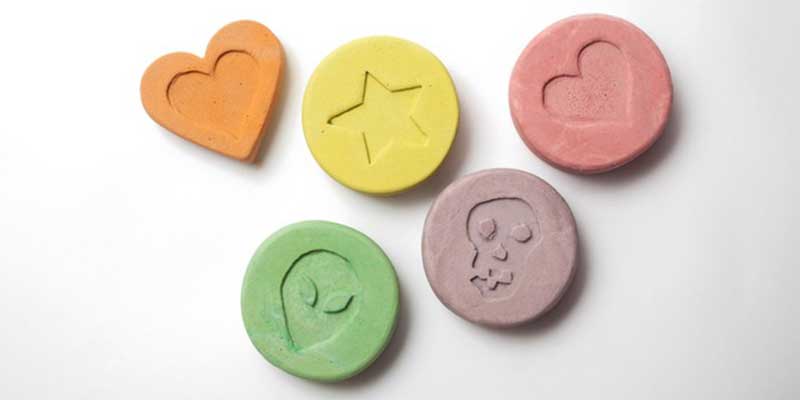 How Long Does Ecstasy Remain In Your System

A drug test uses a sample of your urine, spit, blood, or hair. MDMA will go and stay on these systems of the body if one takes any drugs.

Note that you can hardly fake the result of a drug test. There’ll be professional nurses or staff to collect your hair or blood or keep watch on you for a urine test. So, just take it and wait for the report.

MDMA is detectable in urine for up to 4 days. If someone uses molly for the first time or every few months or years, it’s detectable for 2 or 3 days, depending on the number of tablets taken and other factors.

Urine testing is the most common measure that law enforcement fancies. It’s quick and less troubling – no nurse is required to draw blood from the person, a test tube and toilet are needed only.

If one gets caught on the street or drug-driving, there’ll be an officer standing and waiting for the person to pass water. 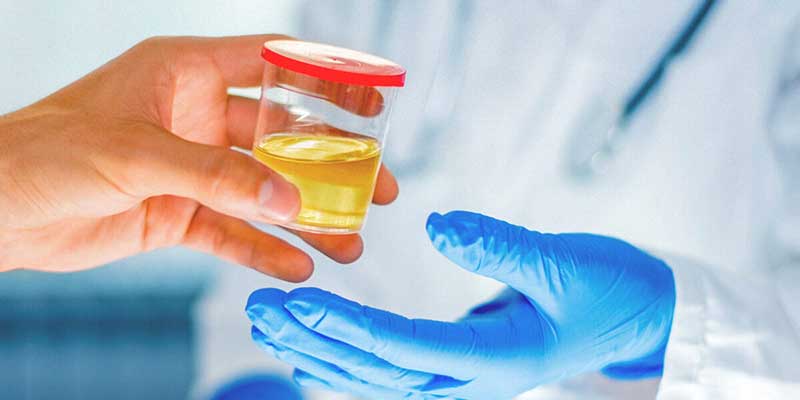 Right after you take in ecstasy, it’s detectable in your spits and will last for 2 days at least.

Spit testing is normally conducted on-site, such as during police checks and scenes of car accidents, by police officers. There’re instant testing kits that are easy to use. They just need to unwarp the kits and ask the testers to open their mouth for a collection. Then, wait a few minutes for the result.

In saliva, traces of alcohol, MDMA, marijuana, opioids, opiates, amphetamines, phencyclidine, and a few other drugs can be detected. And police officers love to set checkpoints at night to bust drunk and drug driving.

However, when one chooses to take drugs through injection or snorting, the spit test may not be able to find the remnants of drugs a few hours later. 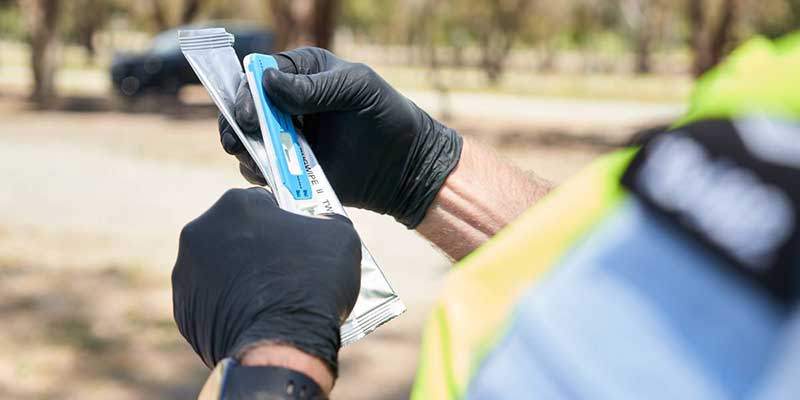 After 2 hours, the drug you take is in your blood. It will remain for the coming 2 or 3 days.

For junkies, a blood test is the one that unveils all the truths. Heroin, cocaine, marijuana, amphetamines, LSD, ecstasy, PCP, codeine, and you name it, are all detectable in blood.

Though it’s more expensive and invasive among all tests, it delivers the most accurate result. For criminal cases, law enforcement tends to implement a blood test despite another drug test being applied before. 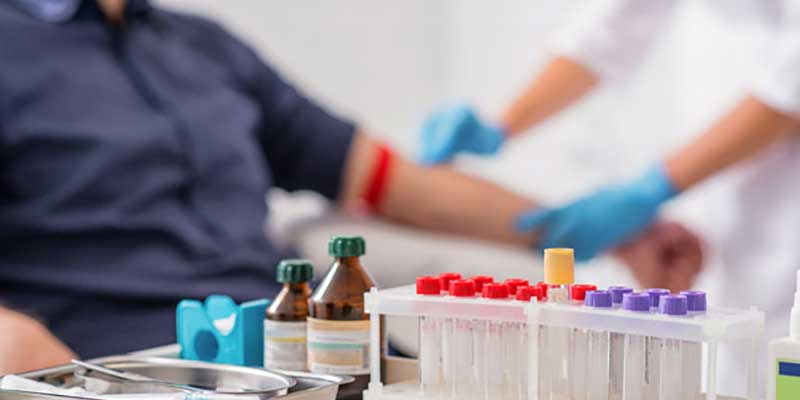 Molly stays the longest time in hair – up to 90 days. So, if you use any pills within 90 days, a hair test will expose the secret.

Blood is the messenger in human bodies, it transfers oxygen, nutrition, and other matters by flowing in veins. So, when MDMA enters the blood and is transferred to hair follicles, your hair grows with it. In 90 days, the MDMA left on the hair will be slowly gone if no extra pills are taken.

Hair testing is largely adopted by detox clinics where the staff wants to make sure the patients stop taking drugs and their sweats are not wasted.

Also, employers love this method as it tells whether the employees have the habit of using drugs. After all, one needs to quit drugs for 90 days to pass the test. 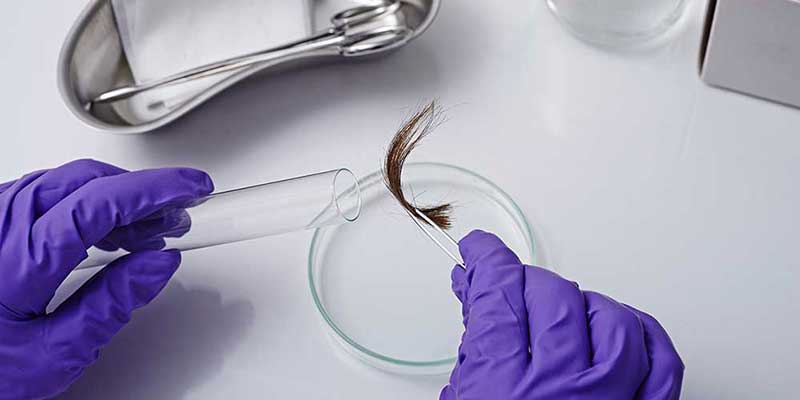 If the person is just partly lacking hair on the scalp, the nurse will just take some of the hair.

For a wholly bald person, the nurse may ask you to provide body hair including chest, armpit, beard or mustache, arm, and leg hair.

Only those who have no hair on the scalp and body can escape from a hair drug test, will be arranged for another measure like urine or blood test though.

Can I drink water before a urine test?

Yes, you can drink some water. Note that you should avoid drinking too much water as it will dilute the result of your drug test. You may be asked to take the urine test again with the warning of not drinking water. Or the staff will set up a more strict hair or blood test for you.

What does a 12-panel drug screen test?

A 12-panel drug screen is a drug test that is able to detect 12 types of major illegal drugs, including:

This test is very popular among employers who want to make sure all their employees are “clean”. They can order such tests in private medical services.

How Soon Can I Drive After Using MDMA

After ingestion, you’d better quit the intention of driving for 24 hours.

Sadly, by the time we write this article, we’ve heard a bad news that a young man got shot dead by police officers as he was being aggressive after a car crash related to drug usage.

So, except for “don’t drink and drive”, “don’t take drugs and drive” is very necessary.

What makes it hard to say no drugs?

Some people, especially teenagers, don’t want to be separated from their friends when hanging out. If someone in the team is using drugs, they will provoke you and say dirty words to you. They will make a bet on you and encourage or seduce you to take drugs, saying that you can take all the money if you use it.

Also, if you go to clubs and pubs or attend raves and parties too often, there’s a higher chance that you will be targeted by drug dealers. They will put that “magic power or pills” to your beer or coke when you’re not looking. If you drink it, you’re trapped.

Once you take the first stop of drug usage, you can hardly get out of it. Most drugs are designed to be extremely addictive. An individual cannot give up taking drugs by him/herself. External and professional help is necessary.

How do you refuse drugs?

At parties, when someone offers or sells drugs to you, to avoid conflicts, you can say something soft like:

You can refuse that in a direct way by saying no or ignoring the person.

Can you call the police and report this dealer? Yes, you can do it. But make sure the guy brings drugs with him/her.