Dogs can’t speak, but they can bark at varying levels of loudness. It’s their way of communicating. If there are strangers, they’d bark at them non-stop. And if they are threatened or feel discomfort, they’d also bark and howl for long periods of time. With these, you may wonder: do dogs get tired of barking?

Well, that’s the million-dollar question for most dog lovers. Sometimes, dogs just bark incessantly without you knowing the reason. But that’s actually just our point of view. There are reasons why they’re acting in such a way. Understanding them can lead you to the answer. Apart from that, you will also know how to stop your dog from barking. Read on for more details.

It’s normal for dogs to bark, but sometimes it could take longer before they stop. And here are the causes you need to know so you can understand whether they get tired or not. These are also important if you really want to stop your dog from barking.

They Want to Greet You

Dogs can say “Hello”, too. If you just got home from work, they’d immediately greet you at the door. More often, they’d jump at you and wiggle their tails. And when they really miss you so much, they’d bark at you non-stop. But you don’t need to worry about it as dogs usually stop barking when they’re over it. 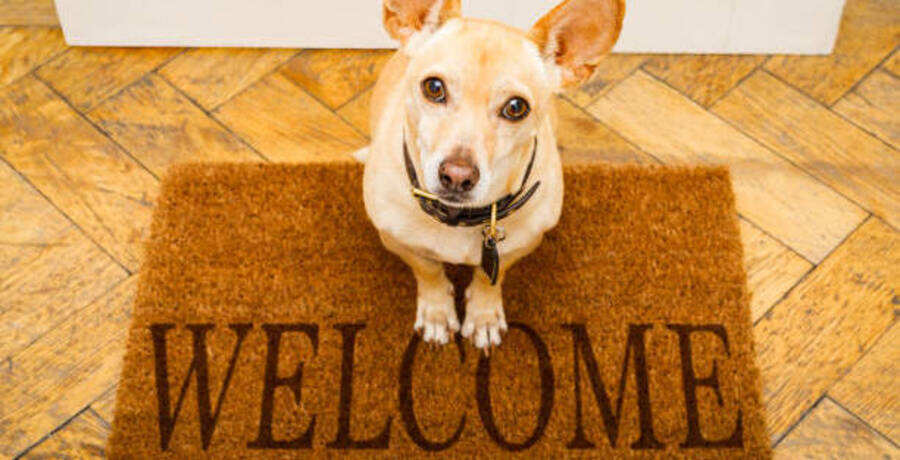 They Have Nothing to Do

Well, dogs need to be free to play and run around, too. Like humans, they get bored. When they do, they’d bark as a form of protest. This is especially true for dogs who are in chains or caged in tight spaces. So unleash or let your dog breathe some fresh air once in a while.

They Want to Play

As mentioned, dogs get bored. They may also bark because they need you to give them toys, something they can bite and chew. More often, they’d bark at you because they want you to play with them. When this happens, they’d stop barking when you approach them. That’s when you know they just want to spend time with you.

They Are Being Territorial

Whether you like it or not, dogs have animal instincts no matter how domesticated you raise them to be. Some dogs really set up boundaries. When you or a threat gets near them, they’d freak out and bark as a warning. This usually happens if there are other dogs or cats loitering around near you or them. You see, you’re part of their territory even if you are the owner.

They Are Warning About Strangers

One of the unwritten duties of dogs is to guard the house and keep their owners safe. When they see new people around, they’d get the urge to bark to warn you of strangers. This can happen if someone broke into the house to steal or if you have visitors whom your dog is not familiar with. This is their normal reaction.

They Are Afraid You’d Leave Them

Whenever you leave your dog behind for school or work, they’d think you’re never coming back. As fierce and excited as they are when you arrive home, they’re also extremely worried when you go out. If you’re a dog lover, you’d know their owner is their whole world. So, it’s only natural for them to bark non-stop every time you go out of the door.

They Want Your Attention

Apart from getting your attention to play, there are other reasons why they do it. Perhaps, they want you to help them pee or poop somewhere or they are experiencing something uncomfortable. Either way, it’s important that you check your dog when the barking happens suddenly.

Part 2: Do Dogs Get Tired of Barking

With all the causes and reasons above, do dogs get really tired of barking? Well, according to observations, dogs don’t get tired at all. Barking is their way of communicating. It’s natural for them to bark without getting exhausted. Their barks may be loud for us humans, but they’re nothing to them.

Yes! There is no energy loss at all on their part. And if you may notice that your dog hasn’t stopped barking, it would be better if you check on them and see if they need something. Refer to the causes above to determine the problem of why your dog is barking without stopping. Only then can you know how to stop it.

Part 3: How to Stop Your Dog from Barking Incessantly

Even though dogs don’t get tired of barking, it doesn’t mean they won’t stop. If their barks are disturbing you and your neighbors, there are actually a few things you can do to make them stop or pause from barking.

Sometimes, they just want your attention. Ignoring them can make them stop as they would think that barking is not working for them. However, only do this if your dogs are well-fed, not thirsty, or whatnot. Just try this trick for the first 5 to 10 minutes. Don’t look at them or call their names as that would be a sign of affirming you are listening. However, if they haven’t stopped, check them right away.

Method 2: Give Your Dog A Treat

Whether or not they’re hungry, most dogs can’t resist food, especially if it’s their favorite. But if they’re barking because of hunger, give your dog some food and they’ll stop barking immediately. It’s important to feed your dog at regular intervals so it won’t bark suddenly. And remember not to use human food to feed your dog; treats made for dogs are far safer and healthier.

Method 3: Toss Them A Toy

When dogs bark excessively because they’re bored, the only thing that you can do is to distract them. One way of doing this is by giving them toys so they can focus more of their attention on biting and chewing. This way, you can effectively stop them from using their mouths to bark loudly.

However, you need to be careful with the toys you provide. You have to make sure that they are all safe for your dogs. There are chemicals you have to avoid such as bromine, lead, melamine, arsenic, PVC, etc. These chemicals can harm your dog’s overall health.

Method 4: Remove The Cause

Well, if there’s a thing or person that disturbs your dog, remove it at once. If your dog is on a leash, get them as far away as possible from the cause of its excessive barking. That’s the only way you can avoid your dog from disturbing you and other people.

Part 4: How to Prevent Your Dog from Barking

If your dog has a history of barking excessively, there are also things you can do to prevent or reduce its frequency.

Dogs may not get tired of barking, but the good news is that there are things you can do to reduce or stop it. But one thing is clear– your dog’s barking happens for a reason. That’s why it’s also important that you know its causes and the ways you can stop them.

What dog breed barks the least?

If you want dogs that are quiet and less likely to disturb anyone, the basenji breed is the best one for you. In fact, dogs of this breed are known to be “barkless” as the shape of their larynx makes it impossible for them to bark.

Do dogs get hurt when they bark?

Dogs may not get tired of barking, but it can actually hurt them. Some dogs get sore throats and damaged vocal cords after prolonged barking.

Best Cute Portable Charger That Makes You Happy All Day

Sauger Fish 101: What is Sauger and How to Catch It