Rum & Coke, the very basic cocktail that every adult must try, is easy to make at home with no professional skills or kits at all. You don’t need a set of cocktail tools, no shaker, jigger, strainer, or muddler. You just need a glass in which you can pour your rum and coke.

With two ingredients – rum and coke mixed together, maybe a lime wedge and ice rock for extra flavor, you’re good to go. Making it is so easy.

However, selecting the rum that suits us might not be that easy. There’re hundreds of rums out there with different flavors and colors, strong, light, spiced, white, gold, or dark. They will definitely bring different tastes to the Rum& Coke and how do we select the best rum for making a Rum & Coke?

A Small Tip for Alcohol Lovers

To be honest, there really isn’t one bottle of rum that is the best for Rum & Coke.

It’s very normal that one’s favorite is on another’s blacklist. So, if you find any recommended rum below is something that you hate, ignore my recommendation. Go find another rum that suits your taste.

White rums are the most common and earliest ingredient of Rum & Coke. When Cubans first created Cuba Libre, the predecessor of Rum & Coke, they used local white rums.

How Does White Rum Taste

White rums are stronger, cheaper, less flavored, and lighter-sweet because of the way it’s produced. Fermented and stored in steel barrels for 1 year with zero spice, white rum doesn’t have the:

Wrapping up, white rum is a bottle of liquor that tastes a little bit sweet with a slight Sugarcane aroma. 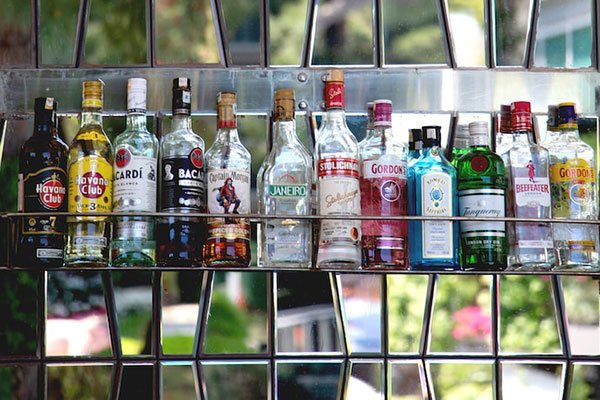 When it’s mixed with a can of coke, the sweetness of coke will temper the hardness of white rum, making it easier to drink.

Also, a squeeze of lime juice is able to promote the sweetness of both rum and coke. A fresh taste of the fruit is added as well. You can take this as a self-made liqueur with lime and a fizzy taste.

Which bottle of white rum should you put to make this cocktail? The answer is quite easy, the Bacardi Superior.

Bacardi Superior – The Easiest and Most Basic Choice

Is there anyone who doesn’t know about Bacardi? I suppose not. As the second biggest rum producer in the world,  Bacardi sells millions of liters of white rums each year. 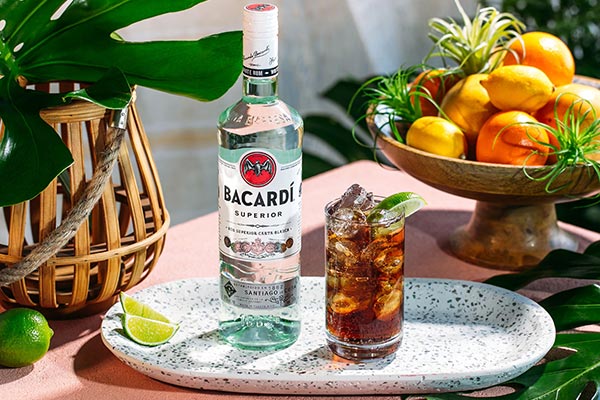 If you open a bottle of its white rum, you can smell a bit of almond and citrus. It’s fresher than most of its competitors in the industry. When you mix 1.5 ounces of Bacardi Superior with 4 ounces of coke, you can feel the dry and clean taste. Some slight notes of banana, pineapple, and vanilla are added to the dominant sweet of coke.

No complex flavors. The burning mouthfeel is still obvious for beginners though.

Why We Choose This

The most amazing thing about it is that you can buy something this cheap with such high quality. Moreover, unlike some special bottles that take you days and weeks to wait, you can buy this at every corner.

So, if you love something easy, light, and convenient, nothing is better than Berardi Superior.

Bacardi sells Bacardi Superior, their white rums, on US soil and in some other English-based countries.

For other countries and regions, their white rums are printed as “Bacardi Carta Blanca Ron”, marketed as a mixer. If you’re overseas, better don’t use any Bacardi branded with “Clásico” for Rum & Coke as it’s a sipping rum. Neat and on-the-rocks are both perfect ways for a Clásico Bacardi bottle.

Personally, the Havana Club Añejo 3 AÑOS bottle of Pernod Ricard is the best rum both for mixing and sipping, the king of white rums.

A Three-Year Aging Makes a Difference

After storing in oak barrels for 3 years (in certain Havana Club distilleries, it’s 5 years but is still branded with a 3-year label), the Añejo 3 AÑOS is the smoothest and softest white rums. Most of the burning mouthfeel is gone thanks for that. 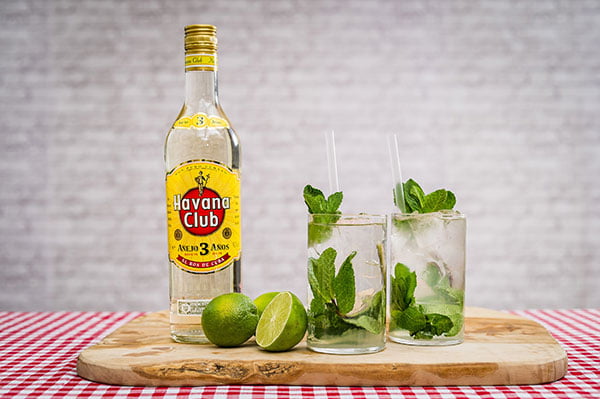 All that is left are the sweetness of sugarcane molasses, the fresh fruity flavor with a light hint of citrus, and the aroma of oak. Smooth, mild, and sweet. With just one sip, all the flavors you can think about Cuba will strike your buds, leaving a strong and constant fruity sweet.

While mixing a can of coke, that burning mouthfeel is further weakened. The odor of alcohol is companied by the sweetness of coke. Let alone the ice-cold sparkling taste. All these make the drink clean, sweet, and cool, a perfect summer killer.

Compared to white rums, gold rums are sweeter and have a stronger aroma of oak. Normally, aged in oak casks for 2 to 5 years, the gold rums carry a stronger taste of sugarcane. That thick and creamy taste is going to dominate your buds for minutes.

Mixed with a can of coke, the first sip of the drink will be full of sweetness from the gold rum and the coke. With some lime juice, the sweetness stands out but will not be too thick and unbearable.

In 2016, Goslings has replaced its classic rums with Gold Seal Rum, a bottle with incredible fragrance. 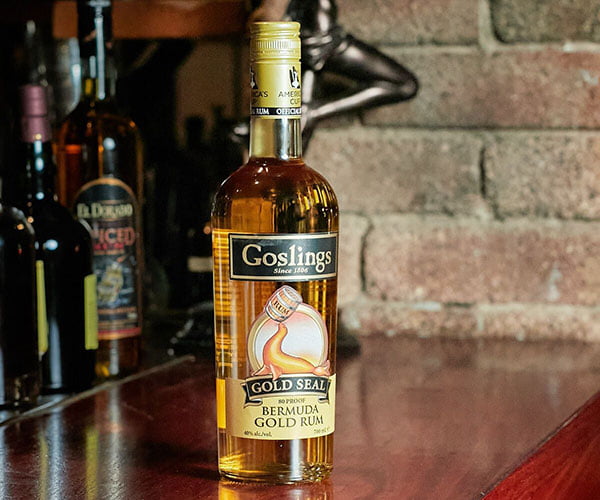 When you open the bottle, that oaky smell will give you a powerful punch. If you drink it neat, you can feel that strong taste of single malt which results from aging in white oak Bourbon barrels for up to 5 years.

When you pour the Gold Seal into a glass with some coke, the spicy taste will be watered down, but you can still feel it quite clearly especially when there’s still that sparkling taste of coke. Together, they bring a small storm to your mouth.

When the storm vanishes, the notes of vanilla, cream, and a little bit of peach visit your buds and stay for quite a long time. The extra lime juice will make the thick sweetness fresh. But yeah, the sweetness will take over everything.

Talking about rums, Bacardi is something that you must mention. Not just white rums, their gold rums are great too. Like the Bacardi Gold, a bottle with a unique blend of charcoal. You can feel the rich and toasted almond taste with a sweet finish. 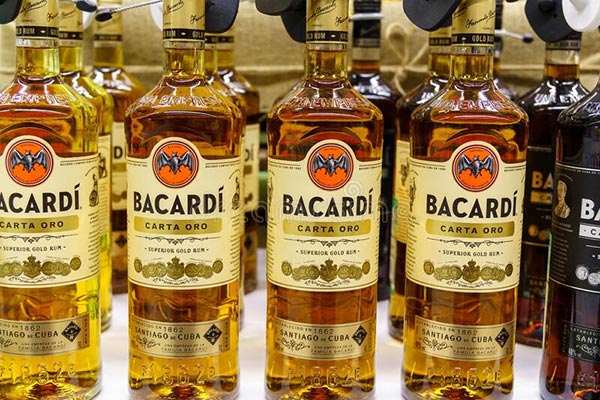 For Rum & Coke, if you want something that’s more than sweetness, this can be a good choice. By the way, if you have enough budget, try their 8-year aged Reserva OCHO, it’s a whole different taste compared to the easy Bacardi Gold.

Most people love to use dark (black) rums for cocktails because of the flavorful and thickest taste of this rum. With some simple seasoning, the smoky oaky impact will be watered down, making the liquid less hard.

If you’re a cocktail lover, get yourself a dark

At this low price ( $18 – $30), it’s such a big surprise to get such a perfect bottle of black rum – Gosling’s Black Seal. You need to know that any bottle of black rum needs to be aged for 3 to 5 years in charred American oak casks. At a low price, it comes with extremely high quality. 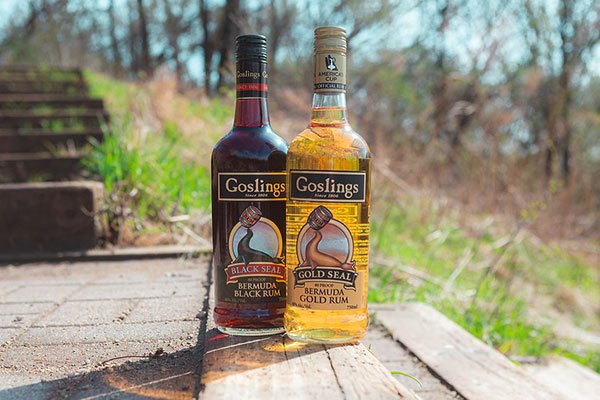 The herbal fragrance accompanied by a caramel smell gives you this creamy, sticky, and strong feeling. You will know its complex flavor before you take a sip of it.

For a Rum & Coke, the sweetness of coke successfully makes up for the only shortcoming of Black Seal – light sweet. The vanilla and molasses flavors are leveled up by the sweetness of coke. Adding some ice rocks, the whole drink tastes perfectly smooth. It’s a bit spicy, but compared to all the other rums, this drink is so much better.

All these make Gosling’s Black Seal the first choice of most bartenders. Acceptable price, a perfect mixer, and multiple flavors!

Spiced rums are known for their spicy taste. That taste will not be weakened by just a few ounces of coke. For those who love compound feelings, an ice-cold, spicy, and sweet drink is such a wonderful challenge to your palate.

For those pure rum lovers, this might not be a good rum for your cocktail.

For other categories of rums, it’s really hard to give out the best brand. But for the spiced rum, there’s only one king: Captain Morgan. Smooth and medium boiled, the flavors of cinnamon, nutmeg, vanilla, smoky molasses, pepper, and cloves are blended with a sweet spicy taste.

Mixed with coke, all those tastes and flavors are not going to stand down but somehow be strengthened. You can feel them clearer.

Flavored rums are actually liqueurs, most of them are lower than 40% alcohol by volume, and US regulations only allow bottles that have at least 40% ABV to be labeled as rums. Those that don’t meet this standard are mostly labeled as flavor rums.

You can actually drink it directly without adding anything, not even with rocks. When mixing with coke, it’s just making the drink sweeter. It’s not hard at all, it feels like you’re not drinking a cocktail but a can of coke with a fruit taste.

So, be aware. Don’t be too greedy and drink too much of it. It gets you drunk.

There really isn’t a lot to say about the best flavored rum.

You may try Mailbu first, the most famous and popular flavored rum brand with multiple tastes like:

Yes, they’ve already made this, a pre-mixed Rum & Coke in a can, a classic combo of coke and rum. 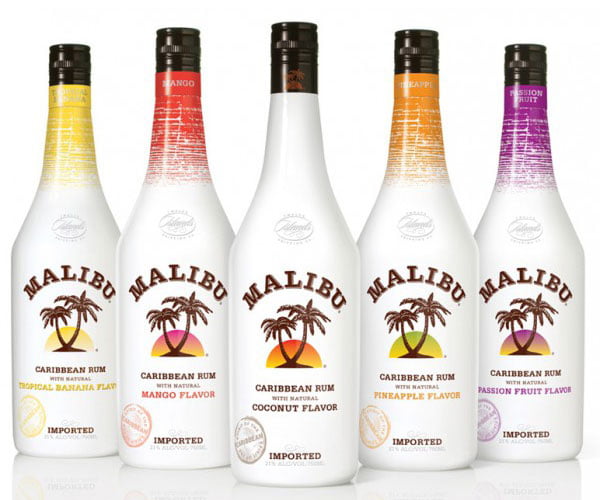 Is spiced rum good in rum and Coke

Normally, people will use white, gold, and dark rums for rum & coke. Spiced rum is never the first choice though.

After all, not everybody loves the sparkling and spicy tastes at the same time, it’s pretty rough. But yeah, if it pleases you, it’s good in that easy cocktail.

Which is better, Captain Morgan or Bacardi?

They both have so many bottles available now. Let’s try to break it down for each type:

What kind of rum is best for rum and coke?

The best kind of rum for rum and coke will always be white rum.

Of course, for people who fancy a complex taste, a bottle of dark rum is the best.

If you love sweet stuff and think a white rum for rum and coke will just water down the coke, you may buy a gold rum.

As for spiced rum and flavor rum, they’re not the best options for rum and coke. But if you insist, give it a go.